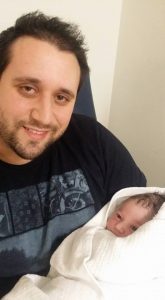 Born and raised in Melbourne, Australia, Mike Aubor (aka Big Investor) has worked in the IT industry since he was 16. Starting out as a computer technician before finishing his university degree and moving up as an Application Support Analyst, working on small to large projects for major corporations in Australia.

Mike quickly learned the ins and outs of web technologies and moved up into Project Management. As a project manager Mike had the privileged of working on projects from 100k to 1.5M in value. His projects included marketing, development, auditing, infrastructure, strategic planning, financial management, and in locations all over Australia. During this time Mike learned all about investment, trading, marketing and entrepreneurship.

In 2013 Mike decided that it he should focus on his passion of online web technologies, marketing and branding.

During 2014, Mike went back to studying and completed a Small Business Management Certificate in which he was able to focus on his passion and dream of starting his online business.

In June 2014, this became a reality when he launched his first business.

In July 2014 Mike went on simultaneously to join Wilderness Wear as a part time Digital Marketing Manager to help grow one of Australia’s top outdoor clothing brands. During his time he was able to take the online business to it’s next level by making dramatic improvements in optimisation and marketing; impacting bounce rates, cart abandonment, traffic and ultimately, sales.

Then Mike moved on to working with Advanced Spiral Technology and BulkNet in August 2015, where he has championed a green field program for both businesses.

Mike continues to develop his passions and is eager to share that all with you through Big Investor.

Big Investor is dedicated to inspiring everyone to focus on their passions and dreams in an ever changing investment and entrepreneurial world.

Entrepreneur ~ a person who sets up a business or businesses, taking on financial risks in the hope of profit.

Investor ~ a person or business that provides money or resources for an enterprise with the expectation of a gain.